Setting performance metrics (KPIs) to measure your progress always seems a good idea from the start. But when we consistently fail to achieve them, pressure builds, and we become reluctant to report them. So, should we end the tyranny of having to ‘hit the numbers’ and do away with reporting our KPIs?

No. When we don’t achieve our KPIs and become annoyed or frustrated, it means the KPI is doing its job. It’s there to remind us that something’s wrong, and we need to do something about it.

Why do we set KPIs anyway? To help hold ourselves accountable.

Think of the alternative: no KPIs. Say you want to hit an annual profit target. First, you agree on what it is at the start of the year, and then 365 days later, you find out whether you achieved it or not. Here you have no mechanism to judge whether you’re on track with achieving the target, and you are prone to distraction and complacency. But suppose you had regular KPIs linked to profit-generating activities. In that case, you could better estimate the probabilities of success well before the end date, and most importantly, be able to do something to increase the chances of success. In this sense, KPIs act as a safety net to catch us when we’re falling.

If you’re not achieving your KPIs regularly, a better action would be to stop and reflect on why. You can’t keep going on thinking that it’s business as usual when you’re failing to hit your numbers; you need to confront it! That’s the accountability part. Often, just having a frank conversation about your poor performance can open the door to better performance, as long as you commit to making a change and improving the result.

Consistently hitting the numbers is a sign of someone’s level of responsibility in their role. These people aren’t perfect operators. On the contrary, they recognise poor performance, change the way they operate, and commit to producing better results. They hold themselves accountable.

Other than a lack of desire, most other reasons for not achieving your KPIs link back to the SMART framework of goal setting. Next time you’re in a funk and can’t consistently hit your numbers, ask yourself the following questions:

M – is it measurable?

If your KPI is very subjective or you don’t have the systems to extract accurate data, it may be hard to decipher the truth. For example, if you want to report your profitability every week, but your systems don’t allow this, you’ll be guessing the outcome and soon lose confidence in the process.

A – is it achievable?

Perhaps you were not realistic when you set the KPI target, committing yourself to failure from the start. When this happens, don’t delay resetting a more realistic target that still provides a ‘stretch’ for increased performance. Your motivation will increase as winning becomes possible.

Have you ever set a KPI and realised over time that it added no value to your performance? The chances are that it was not relevant to where you wanted to go, i.e., it was not valuable. You should only set KPIs which are relevant to your long-term goals. Otherwise, they become a costly distraction.

All KPIs must have a deadline and a specific period for results to be produced. Without a timeframe, there is no pressure to perform. And as we all know in business, time is money.

So once your KPIs are SMART, and your desire to achieve is high, stick to the process. If things become difficult and you begin to fall behind, don’t withdraw. Check your intentions, understand why your not performing, and commit to making a change, i.e., remain accountable!

It’s all a sign that you’re on the right path. 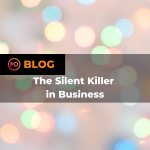 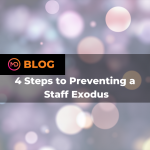 Next Blog Post
©Mark Di Noia 2022 Site by 32phillip
It appears you're using an old version of Internet Explorer which is no longer supported, for safer and optimum browsing experience please upgrade your browser.